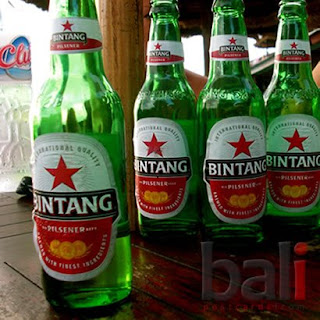 The following day was Nyepi, the much anticipated Day of Silence. We woke up with the roosters at (can you guess?), yep, 5:45am and started our morning. Before the sun was all the way up, I had removed my eye mask and knocked out a few chapters of this kind of boring and extremely long “literary masterpiece” called Of Human Bondage. What was interesting to me about this book, however, is that my friend Beaux had recommended it.

Side note: You really learn a lot about someone based on the book recs they give you. For years, I’ve thought of Beaux as this upbeat, optimistic guy. He has these two happy dogs and always seems to be zipping around town, chatting with pals about celebrity gossip, his latest career dream and the next international expedition that he and his boyfriend would take on. Never did I think he’d recommend a depressing Bildungsroman (10th grade English teacher, eat your heart out!) about a disabled British orphan who suffers ridicule, starvation, heartbreak and one philosophical crisis after the next. Beaux? You OK, friend? Next time the mani-pedis are on ME.

Anyway, over my morning fruit bowl and Balinese iced coffee, I started thinking about how there were about 30 of us staying at this hotel. And no one could leave unless they had an emergency that warranted a violation of government enforced lock down. Who was here, anyway?

Having started on Lost after finishing up with The Wire, I imagined that our group of hotel guests would somehow come together to pool our resources and trade skilled services. Was there a doctor in the house? Would Michelle’s pool sharking history somehow come in handy? What if the hotel ran out of food? This was almost as exciting as that time we got snowed into the dorms my Sophomore year and lost power…and I was pretty much the only person on campus who knew how to drive in the snow except I couldn’t drive stick…which meant that we were still snowed in.

Before I could get further ahead of myself, a girl about my age came over and asked me where I was from. She was also American and had been living in Hawaii, working as a photo journalist. Little by little, people started gathering together to trade travel stories and share sun screen…which was (kind of?) like pooling our resources. By lunchtime, Deb (the travel journalist), Nicole and Eli (the adorable mom and son team from The OC), Michelle and I had formed a Nyepi collective...that was anything but silent.

The four of us looked after little Eli while we drank Bintang (the local beer) and laughed at each other’s stories about the hotel staff here at Melrose Place. It turned out, they WERE paying extremely close attention to us and trying to figure out ways to get us to book services through them/make out with them. Deb and Nicole had both been pressured to see Komang's healer and had all sorts of reports about their curious encounters with our Balinese pals. Well, whatevs. Now that we knew the score, we'd be invincible.

By the end of the night, we had shared relationship battle scars, magazines, career advice, cigarette lighters, digital travel photos, hilarious stories of teen angst and the requesite facebook info. I learned about the ocean expeditions that Deb went on to photograph endangered sea animals, the Indonesian surf camp business that Nicole and her husband run, the contents of Michelle’s application essay for a computer art master’s program in NYC and Eli’s fascination with the contrast between big and little.

After many, many hours, the conversation devolved into the consideration that the Melrose Place staff was videotaping us in our rooms and selling bootleg DVDs in Kuta. While downing her final Bintang, Michelle decided the name of the hypothetical video would be One Night In Uboob. It was time to go to bed.
Posted by LJP at 5/12/2009