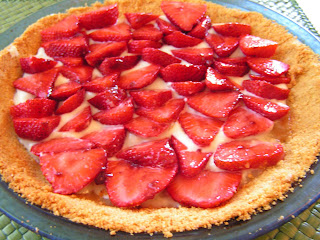 The weekend before last yet another friend came to stay with me--this time for 5 days. I'm still recovering, which has resulted in a temporary delay of blog posting, among other slacker behaviors such as not watering my failing aloe plant (it requires me to stand on a chair that I carry in from another room, which seems like so much effort at the moment). Since this particular guest wouldn't want to be profiled on any blogs other than those exploring sustainable pig farming or perhaps the art of the meat casserole, I'll keep the recount to highlights only: 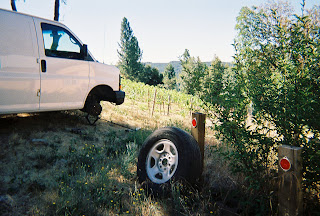 As you know, my friend Dayle (of inline skate marathon fame), recently got engaged. While I'd love to go into great detail about my enthusiasm regarding this development, I shall refrain as to do so would necessitate going back in time to recount various scenarios from her days as a single woman. For some, this type of historical recounting might involve a few cute stories and maybe a couple "oh no you didn't" moments. But when it comes to my dear friend Dayle, such exploration would require much more than a mere blog post written by some girl with a pale pink website. For shame!

You see, attempting to fully capture and effectively communicate this notably colorful and uniquely mystifying period of time would be akin to taking on the challenge of writing and directing a film that tells the story of, say, the Bible--a hefty task that must strike the perfect balance between history, art, and soul. Perhaps this era would be best explored via a limited print coffee table book devoted to the seemingly impossible kaleidoscope of realities suggesting intersecting planes where a tattooed Bridget Jones dates John Cusack's character from High Fidelity, the two weaving in and out of your favorite scenes from Clerks and The Bird Cage.

Each glossy page would depict individual situations where stories unfold via key quotes (italicized and bolded in breakout side boxes), tell-tale photos (preferably in black and white for a dramatic, historical look), and reproduced supporting resources such as legendary emails and third-party testimonials (footnoted for historical accuracy). Move over The Cult of Mac [Illustrated, Hardcover] here comes Dayle: The Single Years.

Alas, I don't possess the vision necessary to own the task of archiving and immortalizing the enigmatic events that transpired during this rich period of time. Perhaps one day the subject matter will serve as the basis for an epic novel or a perhaps a pivotal body of research that makes waves in influential circles (do those still exist?). Until the story of Dayle's single years becomes a best seller, I'll have to brag about her for another reason and that reason is that she and her fiance, Larry, just made a purchase way cooler than the kind other engaged couples make. Forget tastefully monogrammed thank you cards--they bought a vineyard.

It's true! Dayle explains the decision as a strategic tactic to avoid having to combine two apartments-worth of possessions when she moved in with Larry. Instead, they just bought a second place where they can use their extra coffee pot, sheet sets, and silverware. And if you're going to buy a second home, why not buy one with a vineyard and an ATV on the property, especially if you like to wear cute cargo pants and drink wine?

So this was a long lead up to announce that I got to visit their new place a few weekends ago where:

1) Larry taught me how to change a tire with a lug wrench and a ratchet (see above photo, mid-job)

2) We laid around in pj's and tried to think of names, logo ideas, and marketing strategies for their wine. My big idea at the moment is to give away airplane-sized bottles of the best batch along with the purchase of Dayle's coffee table book...kind of like how the Basic Instinct DVD came with an ice pick pen. Not only will readers be exposed to and forever hooked on this spectacular Sangeovese blend, but they'll be headed toward the right frame of mind necessary to immerse oneself in Dayle: The Single Years.
Posted by LJP at 7/16/2007 No comments: 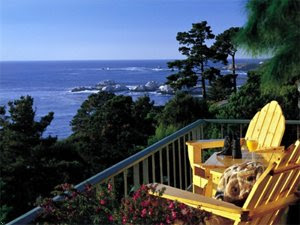 My apartment looks like a posse of college kids has moved in. At present, the recycling is brimming with a variety of take-out containers mixed in with an impressive quantity of empty beer and wine bottles. A heap of wet towels greets me every time I enter through the front door (well, the only door) and no less than 3 sets of keys are hanging on the key hook from makeshift key chains crafted from paper clips. A mix of Australian, American and (somehow) Turkish coins are strewn all over my dresser, and an open map of San Francisco is spread out on my kitchen counter.

The only thing that separates the scenario from an international frat house is the lovely thank you note on my coffee table left there by my thoughtful guests...and perhaps the fact that my fridge is stocked with soy milk and Annie's Goddess dressing rather than rotting leftovers from KFC. I have officially survived another two sets of visitors--Chris and Amy (on their way back from Toronto) and my old friend, Jay, from Alabama.

You all know Chris and Amy from previous posts, so now some background on Jay. He and I met when we were 16 on a three-week Outward Bound course that took place in the mountains of NC and TN. He was my first real friend from another part of the country--I was immediately memorized by his thick Alabama drawl and thorough knowledge of all things Southern, not to mention his endearing teenage angst. As our group of 12 exhausted teenagers ascended mountains and traversed gushing streams while strapped to 60 pound packs, Jay entertained us all with fishing stories, stunning sarcasm, and spirited renditions of David Allen Coe songs (to this day, I know all the words to Tennessee Whisky, thanks to him). Over the years, we've stayed in good touch, following one another's lives from afar.

After 5 years of failed attempts to meet up, Jay decided to come out and see me. Hooray! Not one to compromise on outdoor aesthetics, he brought us to at what might just be the most beautiful hotel I've ever experienced, near Point Lobos State Reserve in Carmel. Among other highlights were our ceder deck overlooking an ocean-side cliff, a fireplace that was consistently restocked with firewood, AND two big, white robes waiting for us each day in the closet! I felt kind of like Julia Roberts in Pretty Woman except I have a different profession, and I wouldn't look as good in that amazing get up she wore (the short, blue skirt that connected to her white tank top with a narrow stretch of fabric and some silver rings).

Each night, we stayed up late, catching up over glasses of wine as the Pacific reflected the bright moonlight just feet away. He smoked cigarettes and challenged me to think of a better drummer than Neil Peart. I failed to think of one, distracted by the view from our deck and the glorious combination of my infamous cabin cuddler and the new Smartwool socks that he had brought me from his Birmingham outdoor store (note: there are few better gifts for me). We discussed his new love interest, our mutual appreciation for Siamese Dream, and the controversial usage rules of the apostrophe. Time passed quickly and the next thing we knew, we were headed back to San Francisco on Highway 1 where we met up with "Chrees and Aymee."

The following day was the 4th of July, and folks from down under couldn't wait to experience the most authentic American day of the year. I was a little nervous that the holiday would be somewhat anticlimactic (were they expecting a parade? sparkelers? apple pie? lightening bugs?), but Dolores Park didn't disappoint. Armed with a collection of blankets and a full spread of picnic food, a group of us spent the afternoon lying around in the sun. Luckily, the cultures of Alabama and Australia/New Zealand aren't too far off from one another, so three my visitors became fast friends...with a little help from some Jäger bombs.

Tobacco, beer, nicely developed biceps, sports, more beer and some serious smack-talk seemed to be the name of the game, although I'm not sure what the rules were...or who won. I'm pretty sure I lost, though, as I was the only one who had to go to work today.