More To Life Than Handstand Piroettes?

The summer before last, I got this overwhelming urge to Double Dutch. The only problem was that I didn't know how and no matter hard I tried, simply could not figure it out. I watched YouTube videos of professional jump rope performances (rad!), I tried to learn from a few girls in the crack park near my house (fail)...I even brought Double Dutch ropes to a group campout to see if any of my friends knew how to do it (umm, they didn't). Despite my valiant efforts to successfully jump into the double ropes--and stay in there--I just could...not...do...it.

For those of you who've known me for a while, you've likely cycled through one of my "I'm-Still-An-Athlete-Damnit" phases. Marked by a myopic obsession centering around something athletic (note: can be a loose association), these phases tend to last anywhere from 3 weeks to 3 months. And they usually don't end well.

In fact, one particularly misguided phase (the Of-Course-I-Can-Skate Phase) ended with me entering myself and two friends into a 26-mile skate marathon, convinced that we were "athletic" enough to be competitive despite the fact that we had never skated more than 10 miles in preparation. By mile 12, my poor friends were exhausted and bleeding...and dropped out of the race. Instead, they spent the morning downing beers while laughing at me as I dragged myself to the finish line, ultimately coming in last place...behind a 9-year-old boy. Eek.

I blame this overzealous determination on the fact that I was a serious little gymnast throughout most of my childhood. For about 10 years, I spent three to four days a week vaulting, swinging, balancing and flipping (oftentimes to Rob Base songs, which I'm retrospectively proud of myself for). However, my unwavering commitment to the sport fell by the wayside the minute I hit puberty and realized that there was more to life than handstand pirouettes (a philosophy I'm now questioning).

Long story short, I was never as good at any other sports as I was at gymnastics (plus, it was hard to get pumped for activities that did not require shiny leotards and french braids). Yet, 20 years later, I find it difficult to think of myself as anything other than a "serious athlete," a self-imposed identity that my friend Eric is forever teasing me about. As a result, it rips my soul a little when I try out a new sport and suck hard (which is why I never told him that standing on the flying trapeze platform almost gave me a heart attack when I took lessons last year--shhh).

Fast forward to summer 2008 when I decided I would draw upon my, err, "athletic background" and learn to Double Dutch. Just when I had reached the end of my rope (ha!), I saw that a Double Dutch documentary film (called Jump!) was playing at the Roxie theatre, right around the corner from my house. Was it a sign? I dragged a friend to watch it with me and we were mesmerized. Now I reeeeally had to learn.

Striking while the iron was hot, 2 cute and stylie women about our age stood up at the end of the movie and announced that they were professional Double Dutchers aaaaaaaaaand that they taught lessons to adults right here in the city. I told them about my failed attempts and they swore they could teach me. The minute I got home, I signed up for their Intro To Double Dutch class. Understandably, my 2 friends from skate marathon fame politely declined when I asked them to join me.

Three weeks of Double Dutching stretched into 3 months, stretched into a full year and I am proud to say I can now stay in those ropes for a good long while. Eat your heart out 9-year-old skater boy. Who's got the fancy footwork now? Mmm hmmm. And one year later, I've decided it's official: I am still an athlete, damnit! Woot!

Those Double Dutch girls whom I met at the documentary (now my darling friends) weren't lying when this said they could teach me. In fact, they taught dozens of us. Check out the above video taken at our first recital a few weeks ago. Aren't we...athletic?! And our outfits are just as cool (if not cooler than) shiny leotards, don't you think? All we're missing is a little Rob Base.

So next time my athleticism comes into question (like during the hold your leg pose in Bikram class or the 3-mile run in Boot Camp or when Rick forces me to go down a big hill on a snowboard), my soul shall remain unharmed as I revel in the fact that I can Double Dutch! 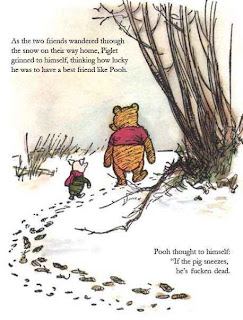 Dear Internet,
Can 2009 be over soon? What's that you say? Just 50 more days? Ok fine, but let's make it quick, shall we?
You see, I've been having a tricky time as of late. Not only did my pretty blue wallet disappear on the 14 Mission bus on Halloween night, but then someone charged all sorts of festive items to my missing credit cards. It's true! And according to the purchase history, they really whooped it up that night. Based on the charges at "The Smoke Shop" on Mission, I'm imaginging that they bought a vaporizer, which is kind of funny, my imagination has to admit.
And since my license and house keys were IN my wallet, I had to change my door locks to prevent the stoner party from moving to my apartment. Luckily, this adorable boy that Sherry and I met at Burning Man a few years ago works as a lock smith and came right over to hook a sister up, installing very fancy new locks. Who knew there was such a thing? Seriously, my front door now sports the Rolls-Royce of dead bolts. So...I got that goin' for me, I guess.
`
Luckily, I was back up and running in time for Rick's annual birthday extravaganza . Since I've known him, the theme of Rick's birthday has always been "pork," which really gives one a lot to work with. Falling on the heels of 2 wildly successful urban pig roasts, his wife Zetta stepped it up a notch this year and added a dash of sophistication to the birthday marinade.
Not only did Ms. Zetta rent a house in wine country for a weekend-long fiesta, but this year's pig was served on real plates at an actual dining room table...as opposed to the traditional Dixie plates balanced on your lap while downing a keg beer with one hand and deflecting flying pig parts with the other (this is not a tame crew, mind you). And to top it off, the meal was concepted, prepared and served by team Robert and Barbara, who should maybe consider blowing off their respective careers as a technology powerhouse and fabulous arteest to become celebrity chefs! Talk about bringin' it. Robert even wore a monogrammed chef's outfit while prepping the meal. Meanwhile, Barbara power bottomed, complete with an authentic German accent. GoodGodIlovethosetwo!
Seriously, this badass home cooked meal was truly one of the fanciest I've ever had in my life including that one time?...in Bali? Check out the menu as written by Robert:

Rick's Pigtastic Birthday Dinner
Starters: olives, chive creme fraiche, salami
Course 1: Ginger-infused pumpkin soup
Course 2: Oink Oink (pork tenderloin wrapped with sage and prosciutto accompanied by cream roasted potatoes drizzled with manganista gravy)
Course 3: Roasted manganista pig served with bacon-wrapped green beans and parsnip puree topped with fried manganista pig and a veal reduction sauce
Course 4: Vanilla panna cotta smothered in quince sauce served with warmed Guinness whiskey and Bailey's Irish Cream Cupcakes
Read Rick's personal account of the meal here.
After a weekend full of wine, pork, and lots of laying around with full bellies and big smiles, our birthday crew returned to SF. And on the drive home, my celebration of pig came to a squeeling halt. Enter the swine flu. For realz.
As for life with the H1N1, my experience is that the test for it was WAY WORSE than the actual virus. Seriously, The United Nations Convention Against Torture has been barking up the wrong tree, dear Internet. Waterboarding, shmorderboarding. The "nasopharyngeal swab" is what deserves massive global outcry. The way it works is that your doctor sticks a throat culture-sized Q-tip up your nose, through your sinus and all the way into your swine-infested brain (or so it feels). Meanwhile, you have the flu and practically pass out from the procedure. It's all very dramatic.
But I have to admit it is exciting to get the positive results back 5 days later once you're feeling a lot better. Because then, you get to tell everyone you have a legitimate, confirmed case of the infamous H1N1! Heb and I agree this makes me sort of fame-ish. Kinda of like having Anthrax poisoning in 2001...minus the terrorism.
`
Anyway, here's to 2009 wrapping up in 50 days...and counting. Enough with pigs, already. Bring on the year of the TIGER!
Posted by LJP at 11/11/2009 No comments: