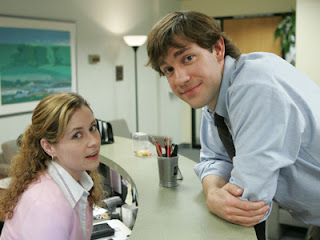 Wow--it's been more than 1 month since I last wrote. Rather than take a "detail rich" approach to rehashing all that's gone down (insert half smile-half smirk directed at a certian individual), I'll provide some highlights from the past several weeks:

How Many Points Is a Candy Cane?
My mom, dad and I spent Christmas in Atlanta at my sister's house...and I feel as though we should collectively receive some sort of prestigious accolade for managing the experience sans any major freak outs. You see, all 4 of us, plus my sister's cat, resided in her 1-bedroom apartment...at the same time...for several days. As if this wasn't difficult enough for 4 adults who have grown accustomed to living in 3 separate regions of the country, 2 of these people were on diets, one of whom is allergic to cats.

For those of you unfamiliar with the practices of the WeightWatchers cult, this translates to limited alcohol consumption and pretty much no fun holiday food. To "support" the two participating family members, the other two members decided (read: were forced) to go along with the point system. Luckily, a family spa day followed by an oddly drivable Burning Man-esque lights show proved to be successful distractions from self-imposed starvation.

Exchanging One Office for Another
About a week or so after returning from Atlanta, I caught whatever it was that was keeping down the good people of SF in the first few weeks of '08. By the second day of the TWELVE that I was sick, I had watched both Netflix selections lying around on my coffee table. So, I dragged myself to the video store in my fake uggs where I stumbled upon The Office (sorry, any British version elitists out there--it was the American version). I had NEVER seen an episode before (I know, I know) and was ready to find out what all the hype was about. An hour later, I not only had a new favorite TV show, but also an unrelenting obsession--would Pam dump Roy and marry Jim instead (see above pic)?

As I whipped through all four seasons in a matter of days, I made carefully selected friends promise not to tell me how it ended while begging them to discuss the details of each and every episode--many of which they had watched years before. "Hi, it's me again. Ok, so, do you think the writers intended to show that Jim was in a new life phase by having him give up his ham sandwiches in favor of tuna or am I reading into this?" (Note: everyone thought the sandwich change was meaningless. Please send thoughts..if you have any.)

In the Game
Luckily, I started feeling better just in time to fly to NJ for the long MLK weekend. Two of my friends from home have birthdays in January, so our crew got together to celebrate. The mantra of the evening went a little something like this: Hooray! No one's pregnant this time so we can go out for real!

Other trip highlights include sipping overpriced champagne drinks with my pals Justyn and Kyle (love those boys), a surprisingly satisfying WeighWatchers luncheon with my parents and aunt's family (everyone's about point counting these days), and half-watching the game where the Giants beat the Packers with my enraptured dad...which made him (and the rest my NJ/NY brethren) really, really happy.

Rain and Ice
So now I'm back in SF and pretending that I care about football so that I can have a legitimate reason to look down on people who are not from NJ/NY, especially people from Boston such as my wicked serious Sox-fan friend, Ms. Heather Kaplan. (A belated shout out to Heather on her engagement to Pete!)

Since I've been back, it's pretty much rained every day, both literally and metaphorically. Rain, ice and more ice...which sadly got in the way of a trip to Dayle and Larry's vineyard where they were not only snowboarding through the rows of vines but also paying homage to he who protects their grapes on the Feast Day of St. Tryphon (a long, blood-drenched story dating back to our friends, the Macedonians and some sacrificial calfs.)

Despondent...and teary after watching a sweat-drenched Juno give up her baby to Jennifer Garner, I was left with no choice but to buy a pair of trashy "party pants" to make myself feel better. In the face of gray skies and other discouraging conditions (such as new episodes of The Office being put on hold until the writers come back), said pants will be worn for cheering up purposes.

Encouraging closing note: I was able to get a replacement animals of the artic calendar for '08 and February pictures a "field of bell heather" along with a ridiculously cute "young walrus." :)
Posted by LJP at 1/31/2008