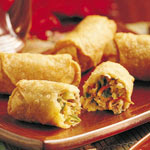 When thieves steal wallets, the first and sometimes only thing they do is go to a gas station. The reason I know this is that my wallet was stolen on the 38 Geary on Wednesday, right out of my bag. I didn't realize it until I was off the bus and seated at a restaurant where my stylie friend Leah was giving me a makeup lesson over red veggie curry informally entitled "Completing Your Look."

By the time I called my credit card company, the perpetrator had run up all sorts of gas station charges. The oddly empathetic guy working the "report your card lost or stolen" line at B of A explained that gas stations are the number one destination for thieves to use hot cards, which seems so lackluster to me. The way I see it, if you're going to go so far as to steal someone's card, at least buy something really expensive or at least mildly impressive. Once a thief's tank is full, the most exciting thing he could get at a gas station is pretty much teriyaki beef jerky or maybe a couple bags of sunflower seeds. Believe you me, if I were to use a stolen card, I'd have way better ideas for spending spree locations than Chevron.

Anyway, later that night, I was on the phone with a different card company as I walked home and apparently let my legal obligations as a pedestrian fall by the wayside. The next thing I knew, a police officer had pulled over to the side of the road and was yelling at me: "Excuse me, ma'am, but we have RULES in this city yet you don't seem to think they apply to you." When he started to write me a ticket for jay walking (come ON), I tried to look exasperated (which wasn't so difficult at that point) and pleaded "in crisis." Luckily, he was up for striking a deal wherein he wouldn't give me a ticket as long as I marched right into the Valencia police station (about 20 feet away) and endured the 45 minute process of reporting a stolen wallet. While I was making the report, I learned that the cops who work out of this station are all only up to Season Three of 6 Feet Under. Slackers.

Then just when I thought I had broken the cycle of disaster launched on the 38 Geary, I ruined what was sure to be an incredible slow cooker creation: vegetarian spring rolls to be served at my friend Michael's annual Seder. The contents had simmered for the requisite 8 hours (well, 9 due to arriving home later than I intended on Sunday) and I was now ready for Phase II which involved combining them with rice noodles, adding some Hoisin sauce, stuffing the mixture into rice wraps and lightly frying the rolls. Not realizing my bottle of fancy canola oil had gone bad, I proceeded to fry them up, resulting in precisely 4 pounds of rancid egg rolls. Due to the wallet situation, the closest thing I have at the moment to a credit or debit card is my new Safeway Club discount card. I was therefore left with no choice but to beg the guy behind the counter at my corner liquor store to accept a check so that I could bring something to the Seder.

The end result of all of this comes in the form of a visual: me, exhausted and now sweating from all the frying, dragging a plastic bag full of 4 pounds of rancid egg rolls to garbage bin on my way to the liquor store with a blank check and a passport in my back pocket and an irritated expression on my face as I tried to remember if the light had been green this time when I crossed the street. So much for completing my look.

Don't complain about the theif not buying cool stuff. While I was in america one summer my english debit
card info was stolen and in one afternoon a thief bought $5000 worth of stuff--I didn't have nearly that much money in the account but he was only stopped my
my overdraft limit. He bought tons of stereo equipment, a tv, lots of cigarettes and kept getting cash back. And none of that made me feel better.

My friend Dara had her wallet stolen TWICE, straight out of her bag while she was riding that bus. Both times the thief went straight to Bart and bought passes. The Transpo Thief strikes again.