We All Have Our Shortcomings 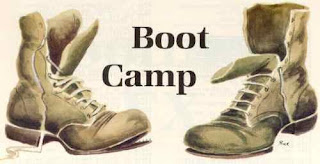 Not all of us can be good at everything, right? For example, Heb is really bad at remembering idioms. She's always mixing and matching them, like "don't count your balloons before they pop" or "don't put all your eggs in the same nest." It's really amusing, especially since she has a Ph.D. 'n all.

Another one of my friends is really bad at feigning interest. If he thinks a story is boring or a joke is not-so-funny, he'll stare ahead blankly or even look at his watch until the person he's talking to waves the white flag in conversational defeat. The upside of this is that if you manage to keep his interest, you feel like a professional entertainer, deserving of your own HBO show.

And me? Well, I'm bad at lots of things, most notably: spelling, swimming, directions, knives and long distance running. To make up for it, though, I'm extra good at French braiding, handstands, puns and bubble letters. Oh, and I’m at least above average when it comes to playing Taboo, especially if Greg is on my team!

Over the last few years, I’ve been working on my shortcomings. Progress to date:

That just leaves running. Well, friends, the day has come for me to take on a new challenge, especially now that I’m funemployed with some “flexibility” in my schedule. Convinced by “Rob’s-baby-cousin-Alex” as I like to call him, I signed up for BootCampSF, which began last week. I had heard great things about it, but was terrified of the running part. Terrified! Well, they’d ease us into it, right?

Umm, no. I showed up on the first day and immediately had to run 1.5 miles! Without stopping! As I jogged around Dolores Park (with a pained look on my face no doubt), memories of dreaded high school soccer team practice came flooding back. I was instantly reacquainted with my 16-year-old self huffing and puffing through the neighborhood behind my teammates, hoping that the boys team wouldn’t run by and see me hunched over with a cramp in my side and my Umbros (OMG, Umbros!) riding up in a not-so-cute way.

Well, the big news is that I did it! I was certainly not the fastest of the group, but I wasn’t the slowest either. And the teacher/coach girl made me buy real running shoes, which means I really can’t drop out now--they're still so white! Rumor has it that we'll be running 5 miles before the end of the 6-week program. I feel nauseous just thinking about it. (Confession: I just spelled nauseous wrong and spellcheck had to fix it.)

Stay tuned for more Bootcamp trials and additional progress on my "Things I'm Bad At" list. In the meantime, I'll try writing nauseaus in bubble letters to see if that helps.

ps. Exciting new business idea: what if there were a spelling bootcamp? The drill sargeant would be dressed like a Catholic school teacher and she'd make you run a mile every time you misspelled a word. Either way, I'd get to tackel something on my "Things I'm Bad At" list!